MY 2017 NSCC EXPERIENCE AND PICKUPS!

The Rise and Fall of the Hank Greenberg cut auto

Slash, when did cut autos start to suck? 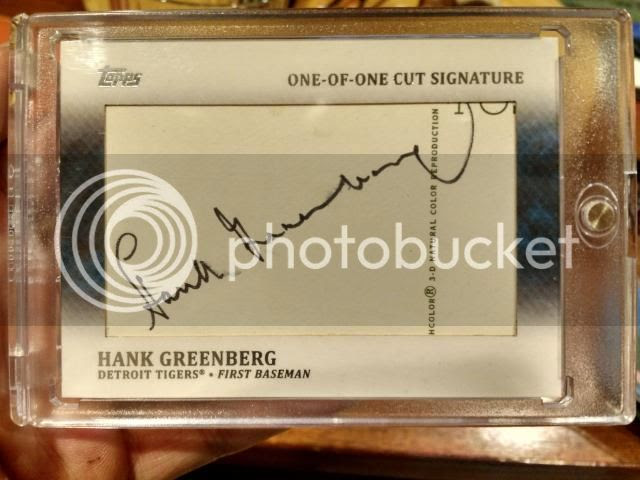 This thought of mine came about after I purchased this card.  An excellent card, a 1/1 cut autograph from Topps, what's not to love?

What's not to love:

1. Design is lackluster and boring.


2. There is no image of HG's face on the card. (which I will get into later)

The list goes on...  Don't get me wrong, I love this card, as I do every card in my collection, but I wish that card companies would do more when issuing cut autographs in products.

In all of 2013, HG had 11 cards issued.  9 of them are 1/1 cut autographs.  For player collectors, obtaining all, nonetheless 1 of these cards is damn near impossible.  I was lucky enough to be known on the FCB forums as the HG collector, and was contacted asking if I had interest in the card.  Not knowing if he would have sold it otherwise if he didn't know that I existed.

Because pulling a 1/1 from a product like 2013 Topps or something similar is so rare, it could even be possible that some of the 1/1s from 2013 haven't been pulled yet, similar to the story behind this card.  The original owner randomly bought a 2013 Topps Series 2 jumbo box and pulled it.

A brief history lesson on HG cut autos over the years.

HG had 94 cut signature cards issued in this set.  This set had everything.  Beautiful imagery, big, full windows for the autograph to show cleanly, hand numbered cards.  This was cut autographs in their best.

Around the time of 2004, HG 1/1 cuts were being issued in products at a more frequent rate.

Upper Deck and SP Legendary Cuts still owned the cut autograph space, and Topps was struggling to keep up in both volume and quality.

Then came 2006 SP Legendary Cuts, the resurgence of the vintage cut autograph in baseball cards.  Also by Upper Deck, these cards are the beautiful brothers and sisters to the 2002 set.  In 2006 SP Legendary Cuts, HG was featured in 4 different subsets, totaling 114 cut autograph cards in the entire product, exceeding the total from 2002.  Here are two that were done very well in my own collection: 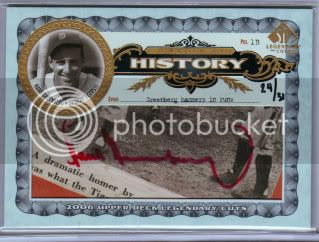 After the 2006 set, 1/1 cut autos were produced as one offs in products such as 2006 Topps Co-Signers, which I believe only survived for 2 years.

After that came the 2007 SP Legendary Cut set, which gave us similar aesthetic and high volume, producing 94 total cards, including one pairing with Babe Ruth, and another with Sandy Koufax, both 1/1s. 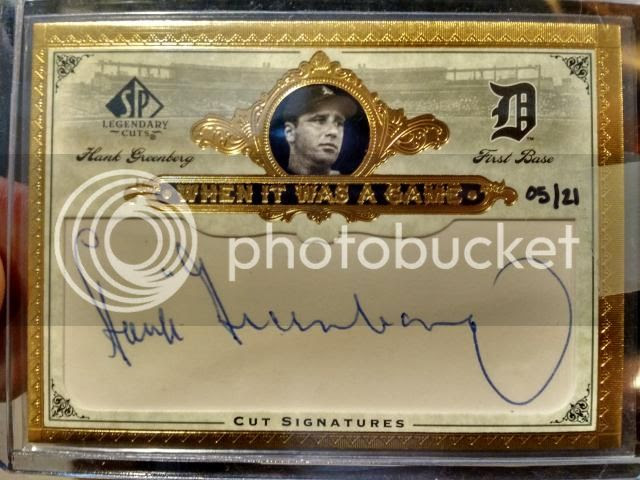 Then came 2008 SP Legendary Cuts, and Upper Deck stopped using player photographs on their cards.  We also began to see more autographs cut off by a window, and very ugly cuts as evident that Upper Deck was running out of visually pleasing autographs to put in their cards.  With that, we saw a drop off in the amount of cut autograph cards of HG produced, now down to at least 15 between two subsets(one card that featured a cut auto was not numbered, so no one really knows how many of them are out there).

2009 SP Legendary Cuts featured 17 HG autos, with still no image of him on the card.

You get the picture.  The cut auto game, once ruled by Upper Deck and SP Legendary Cuts was and is now a shell of itself.  Now, we are getting results like these:


I'm sorry Topps, I don't recognize a player by the name of "Ank Greenberg".

Somebody please alert the authorities, we have a missing letter to report.

Not only are the quality of the autographs within the card diminishing, but the designs of the card itself are too.  That is why any of the cut autos from 2002 SP Legendary Cuts would outsell any 1/1 cut like from 2014 Topps Five Star ($225 on two occassions)

1. This card was put on eBay at the height of the Topps Dynasty hype
2. This card has superior design if put up against 2014 Topps Five Star or 2013 Topps
3. This sale was a fluke, no other 1/1 cut sold recently had approached $250

What's the solution, card manufacturers?  Stick to what works.  Card companies need to go back to the glory days of cut auto cards, where beautiful player images and backgrounds combined with full windows that do not obstruct the autograph.  It's a simple solution, however, we may not see it come to fruition.

Because really, what is so unique about this?

Some weeks ago I cultivated a relationship with someone else in this world that collects Hank Greenberg cards.

You might be thinking, "what, someone else collects this stuff?"  In fact, yes. they do.

While speaking with him and comparing our collections, I think it fueled a bit of a fire in me to best his collection. He has a ton of high end cut autographs, low numbered cards, bat cards and some vintage.  Nothing short of a great collection.

I really enjoy talking with him (almost daily) and asking for advice on purchases, prices etc. If you don't know someone who collects the same way you do, I highly recommend you reach out to them for their friendship, guidance and knowledge.

So I've been buying.  Also probably aided by my being unemployed since early January. With time comes opportunity.  And with opportunity, comes a hot streak.

Everything below is what I've acquired since early January, with two more cards coming this and next week: 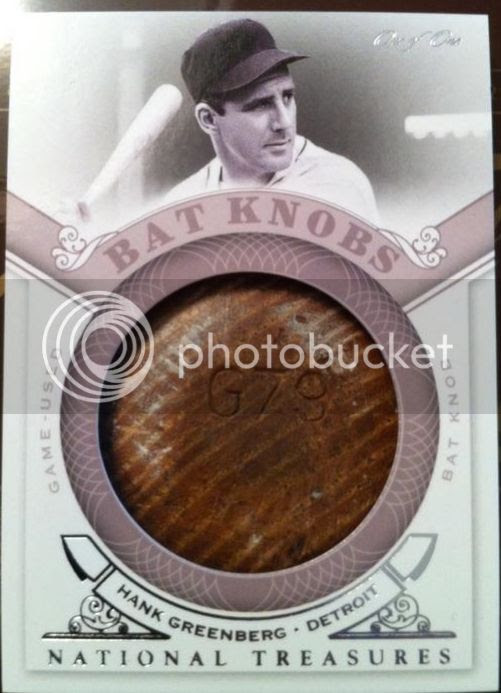 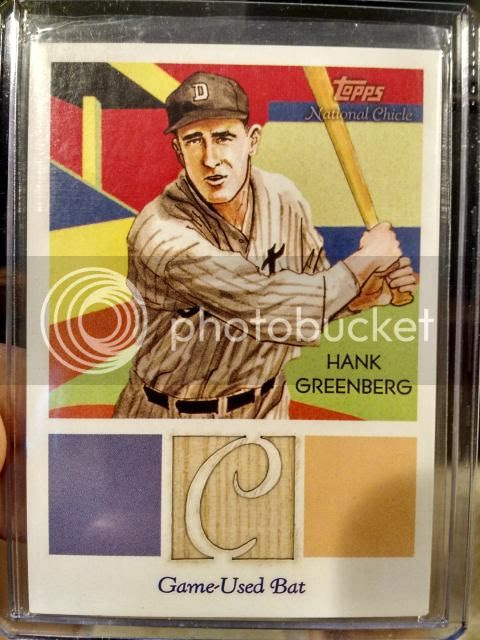 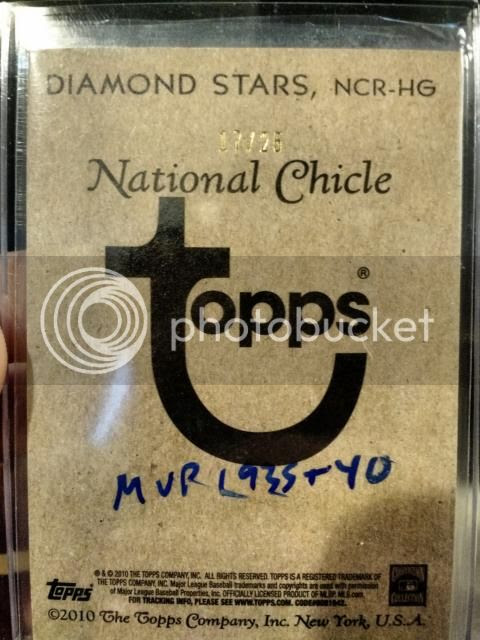 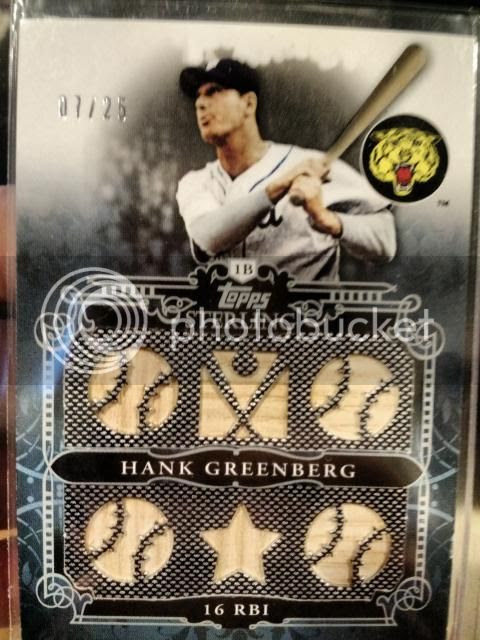 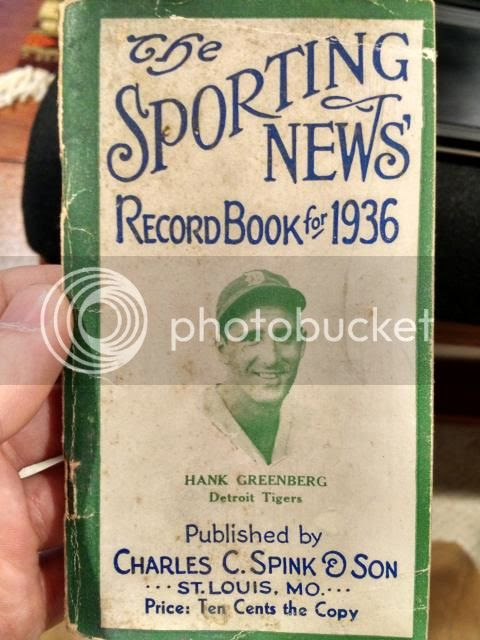 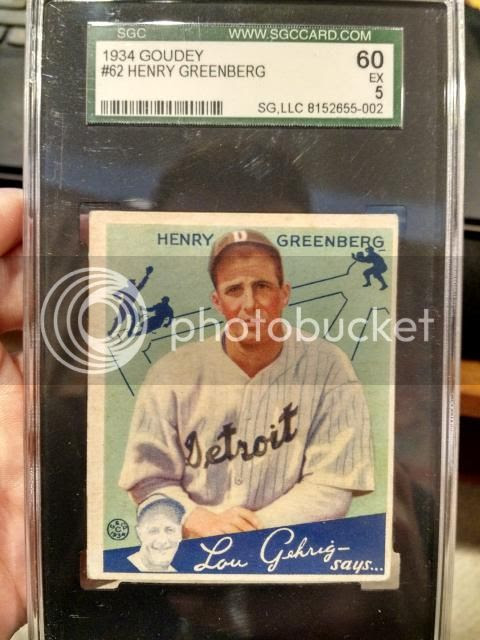 Posted by Unknown at 3:22 PM No comments:

Posted by Unknown at 7:51 PM No comments:

I've decided to try something a bit different with my collection; each day I will post a short YouTube video highlighting 5 new cards or items each day from my collection and will talk about each one of them.  It gives me more time and freedom to speak and explain nuances of the cards, how I acquired them, etc.


I actually really enjoy making these short videos.  I've found that I forget how I've felt about some of the things I've acquired, so pulling them out and talking about them has been a great way for me to reminisce.


Also, the feedback I've been getting on my videos has been good, although I would like to reach a broader audience, so I've been trying to plug it on the forums to get some more viewers and subscribers to those who really care.


So, if you are interested to see and learn more, the playlist link is below:

I'll be your FB